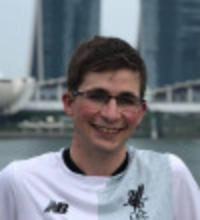 I did my undergraduate degree in Mathematics at the University of Bath, spending my third year working as a Clinical Statistician for the healthcare company GSK. After graduating, I came to Oxford in 2017 to study for the MSc in Statistical Science, where my masters project concerned the investigation of machine learning techniques as an alternative to logistic regression in propensity score matching. I'm now a student on the SABS programme, with a general interest in developing statistical methodologies for high-dimensional, noisy datasets. After an enjoyable first rotation in the Paediatric Neuroimaging group, I joined the Oxford Protein Informatics Group for my second rotation, staying there (hopefully!) for the remainder of my DPhil.

When I'm not in the Stats department, I can usually be found in Exeter College's Middle Common Room (of which I used to be President) or down at Iffley Road Sports Centre playing Badminton with the university Badminton club.

My research, in collaboration with Roche, LifeArc and UCB, concerns the development of a computational tool for Fragment-Based Drug Design (FBDD). FBDD is a two-stage process where a smaller-than-drug-like molecule is identified which binds to the protein target with low affinity and then chemical structure is added to the fragment with the aim of increasing the binding affinity and developing a drug. Both parts of the process are difficult and take signficant amounts of time and resource to do - the aim of my project is to use deep reinforcement learning to build a tool which can take a fragment and protein as input and then rapidly generate a diverse range of ligands with a higher binding affinity than the original fragment. 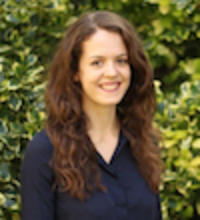 I studied Biochemistry as an undergraduate at New College, and spent my Master’s year in a genetics lab studying C.elegans (microscopic worms). I worked in consultancy in the biotechnology/biomedical industry for two years, before starting SABS in 2018. I completed rotation projects with Ben Schuster-Böckler in the Big Data Institute, investigating cancer mutational signatures, and with Charlotte Deane in OPIG, studying antibodies. I chose to join OPIG and my DPhil is exploring how we can predict the likelihood of an antibody binding to a target antigen, using antibody genetic sequencing data. In my spare time, I row and attempt other forms of exercise with varying degrees of success.

Antibodies are the principal effector proteins of the immune system, which target and inactivate pathogens. Next generation sequencing of antibodies has led to an abundance of immunoglobulin sequencing (Ig-seq) data becoming available, and a challenging area of research is investigating how we can use this sequencing data to accurately predict the likelihood of an antibody binding to a target. My DPhil project is exploring how we can best use Ig-seq data to improve our ability to design antibody therapeutics, by combining sequence and structural information to more accurately understand and predict antibody binding. 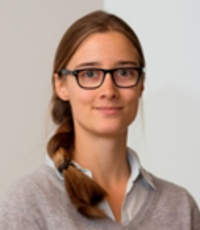 Before coming to Oxford, I studied for a BSc and MSc in physics at the University of Heidelberg in Germany, focussing on research at the intersect of biology and physics. Afterwards, I worked as a researcher on time-resolved protein crystallography at XFELs at the Max-Planck Institute for Medical Research in Heidelberg and joined SABS in 2018. In my two rotation projects, I analysed the microfluidic flow of living cells in a liver-on-a-chip device used to test the toxicity of drug candidates in the Mathematics Institute and investigated the use of image classification machine learning techniques on genetic data in the Department of Statistics. For my DPhil project, I joined the groups of Pier Palamara and Simon Myers to investigate the epigenetic regulation of the human immune system using machine learning techniques. I am passionate about equity in science and am involved with respective societies at the university and I enjoy rowing.

Epigenetics is part of the regulatory process of the genome that for example determine the differentiation of cells into different cell types while maintaining the same DNA. Epigenetic modifications are plentiful and can be inherited but also changed by environmental factors. They are involved in many diseases, either by changes in the epigenome itself or by changes to the epigenome by DNA mutations in non-protein-coding regions, which are up to 90% of known disease-causing mutations. Understanding the epigenetic regulatory features of the human immune system can help us better understand the varied response of patients to pathogens, autoimmune diseases or disease treatments like cancer immunotherapy. 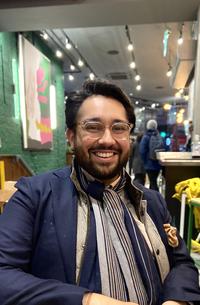 I completed my undergraduate degree in Biomedical Sciences at King's College London in 2016. Following a brief interlude into the art market, I began my masters degree in Neuroscience at UCL in 2018, where I worked on auditory cognitive neuroscience and methods in brain imaging. Seeking to focus on modelling work, I applied to and was accepted to SABS:R3 in 2019. Fortunately, I was able to organise and secure industry funding to work on modelling protein dynamics in Alzheimer's disease with Prof. Alain Goriely in the Oxford Mathematical Brain Modelling (OxMBM) group. I continued this work for my second rotation with Prof. Saad Jbabdi at the Wellcome Centre for Integrative Neuroimaging, where I am presently developing an inference framework for network models of Alzheimer's disease. Outside of SABS:R3, I remain actively engaged in the art market to promote the works by women, POC and other underrepresented groups. I also enjoy socialising around Oxford, particularly at college (Exeter).

My DPhil research project will be supervised by Profs. Alain Goriely and Saad Jbabdi, and will address how toxic proteins in the brain contribute to the development of Alzheimer's disease. This involves combining methods from mathematical modelling, (brain) image analysis and statistical inference. The OxMBM group has developed models capable of accurately capturing the spread of toxic proteins in the brain. Therefore, my initial goal is to build a tool for comparing existing models with patient data and provide parameter and uncertainty estimates. Once set up, the inference tool will be able to facilitate patient-data guided mathematical model development. The project is in collaboration with Hoffman-La Roche, with whom I'm working to ensure the output of the project has direct clinical benefits in disease tracking 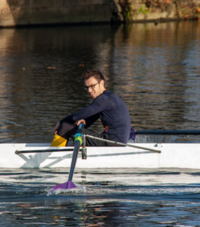 I completed my B.Sc. in Zoology with First Class Honours at The University of Hull.  My undergraduate thesis focused on the foraging behaviour of leaf cutter ants (Atta cephalotes). I then completed an MRes in Biodiversity, Evolution and Conservation at University College London, for which I received a Distinction. In that time I undertook two extended research projects. The first examining environmental DNA in UK water systems to determine endoparasite distributions and seasonal variation (research undertaken at the Natural History Museum, London). The second examining the dietary habits of UK social wasps, using metabarcoding analysis.

I am currently interested in establishing invertebrate interaction networks using metabarcoding. I hope to join the Target Malaria research group to investigate the potential ecological impacts of removing or dramatically reducing numbers of Anopheles gambiae from areas of sub-saharan Africa, for the purposes of malaria control. 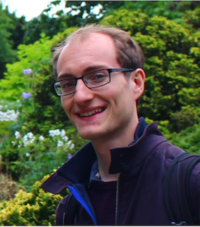 I obtained a First Class Honours degree for an integrated Master's Degree at Durham University. For my dissertation I looked into how structures on floodplains were represented in a 2D flood inundation model, and how this would influence outputted results. I then undertook a pivoting analysis to understand bedrock river morphology and alluvial cover influence on gravel entrainment. Within the geography department at Durham I also investigated loess landslides and geomorphological indicators which could determine their age when utilising satellite imagery.

Currently interested in fluvial geomorphology and the influence of climate change upon future flooding events globally. I'm also looking into the quantification of Natural Flood Management within the UK on a watershed scale. I have an active interest in the development of Hydro-JULES. 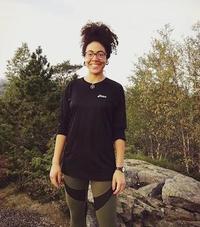 Thesis title: “Which traits determine the success of plant invaders? A multivariate analysis of the flora of the United Kingdom”. This involved the extensive use of the UK Ecoflora plant trait database and UK climate data to create trait profiles of invasive species and current and predicted species range maps under climate change.

Thesis title: “An assessment of the distribution of lupins (Lupinus nootkatenis) and the effect on native flora in Thorsmork, southern Iceland”. The project included a month of fieldwork in southern Iceland doing botanical surveys in habitats dominated by lupins and those without lupins.

I am an invasive plant ecologist, interested in using a functional trait approach looking at plant invasions, across the whole naturalised-invasion continuum. I am also interested in the level of plasticity of these functional traits in relation to environmental change pressures and how it relates to species’ population dynamics. 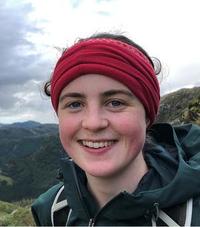 I graduated with a first class honours degree in physics (MPhys) from the University of Bath in 2018. My final year project involved the passive acoustic monitoring of a marine environment off the west coast of Canada using data from a network of hydrophones fixed to the sea bed. This enabled the investigation of several processes including surface weather and shipping traffic, along with their associated effects. I have also studied a marine glacial environment on scientific expedition in Arctic Norway.

My project involves studying the dynamics and heat content of the Arctic Ocean. Specifically, I am investigating what happens to the heat that enters the Arctic from the Atlantic, which circulates around the entire Arctic basin as an Atlantic Water current below 200 m depth. There is enough heat stored in this Atlantic Water to melt all Arctic sea ice within a few years if it was to be brought to the surface in this time. It is therefore important to understand more about where and how this warm Atlantic Water travels, and the mechanisms behind how its heat mixes with other water masses in the Arctic. Investigating how these processes and Atlantic Water heat input are affected by local and remote changes in sea-ice and atmospheric conditions is also key given today’s changing climate.

I hope to tackle these questions using a variety of models, along with data from ice-tethered profilers and long-term moorings in the Arctic.

After a few years of venturing into advertising, I decided that I loved the natural world more than the world of logos. I completed my BSc in Geology, Oceanography and Climatology at the University of Cape Town (UCT) in 2013, where I went on to do a BSc Honours in Geology. During this time, I developed a keen interest in sedimentology and palaeontology, leading to my MSc research in taphonomy – the study of how organisms decay and become fossilised. In my research I utilised micro-CT scanning to digitally ‘stitch’ together an excavated fossil bed from the Devonian Bokkeveld Group of South Africa in order to acquire quantifiable taphonomic data on this echinoderm-rich obrution deposit. The scans revealed an assemblage of thousands of ophiuroids (brittle stars) that had been smothered during a high-energy storm event.

I have done extensive fieldwork throughout my years at UCT, not only for my own MSc but also participating in many field-based studies across South Africa on rocks from Neoproterozic to Mesozoic in age. Before joining Oxford, I worked on various projects such as dinosaur footprints from Lesotho.

Telluraves or “land birds” are a speciose extant group of predominantly arboreal birds. Over the last 20 years, fossil discoveries and molecular clock analyses have provided strong evidence that the earliest known stem-group representatives of many extant avian orders appeared in the Paleogene, a crucial time period for understanding the history of diversification of birds. The aim of my research is to establish a new and comprehensive phylogeny on a revised dataset in order to resolve phylogenetic issues of early telluravians, and to study the patterns of their phenotypic evolution in phylogenetic context. This will be achieved using high-resolution, three-dimensional anatomical datasets from micro-CT scans of key Telluraves fossils in order to describe the anatomy of new and previously studied fossils. Finally, I hope to understand the rapidity of the early Cenozoic bird radiation and its response to climatic variation.